A downloadable game for Windows, macOS, and Linux

2fr0g is a work in progress, and may contain bugs (no pun intended!)

Pronounced "TOO-frog", 2fr0g is a modern mashup of various classic 8-bit frog games. Four different-colored frogs are controlled by between one and four humans, each with their own USB gamepad. (Player 1 can use the keyboard.) The game's AI controls any remaining frogs as players jump around a pond and its various randomly-placed lily pads. Each two-frog team is trying to bring the most flies home to their froggy mamas, who sit in opposing corners of the screen. But watch out for the Hippo! Or you'll get knocked back home to Mama.

Find out more at http://xelf.me/2fr0g.html

Each player uses a USB gamepad with analog stick to aim, and any button to jump in the direction currently being held. (The 8 compass and diagonal directions are supported.)

Player 1 may be controlled using the arrow keys and the shift key against AI when no gamepads are available, or against a human Player 2 using one gamepad.

Gameplay occurs on a single non-scrolling screen with a blue background representing the pondwater. At the start of the game, Mama 1 is placed on a lily pad in one of the left-hand side corners with her two babies. Mama 2 and her team are placed at the diagonally opposite corner. The positions of other lilypads are scrambled for each new round.

At the beginning of each round, a fly emerges from the island placed equidistant from both Mamas. When a frog touches the fly, he grabs hold of it and becomes the fly-carrier until one of these events occurs:

Movement while in water is slow; jump along lilypads to move much faster. Carrying the fly makes you even slower, so you must rely on your teammate to protect you! If your teammate has the fly, bonk away any opposing frogs by jumping into them. (Teammates do not obstruct one another.)

The fly will wake up and start wandering if it is not held.

A hippo may occasionally appear, preceded by stomping waves and an ominous sound. The waves appear in the area where the hippo is about to surface. The hippo wanders toward frogs for a short while, and then disappears. If the hippo touches a frog, the frog is bounced toward away and must wait several seconds before moving again.
Game duration and scoring

The team with the most flies when bedtime occurs (at the end of 4 minutes) is the winner. A stalemate can also occur.

The background color becomes darker and darker as the time counts down. When the background becomes black, the game is almost over.
Kids mode setting

AI aggressiveness and movement are modified by the toggling of Kids mode. A teddy bear icon appears when Kids mode is activated. The hippo and frogs move more slowly, and the hippo knocks you out of the game for a much shorther period in this mode.

The setup screen consists of each frog blinking in turn; pressing a button while a frog is blinking causes that controller to be associated to that frog; the next frog starts blinking, etc.

Instead of a joystick button, SPACEBAR may be pressed to indicate that the blinking frog should use AI instead. Press "W" to cancel all input settings, and watch the game's AI play against itself!

Each frog on a team has a particular AI strategy for use when a human is not controlling it. On each team formation, the odd-numbered frog is the Striker and the even-numbered frog is the Guard. These roles influence how the team members coordinate when both are AI; by choosing which humans control which frogs on the setup screen, players can choose which AI routines participate.

The Strikers are frogs 1 and 3, yellow and pink—the same colors as their Mamas. The Guards are their respective blue and green teammates, frogs 3 and 4. When the fly is free, Strikers go for it while their Guards try to knock opposing players away from getting the fly. Once their teammate grabs the fly, then Guards attack anyone trying to get the fly back. Once the action gets close to a Guard's opposing Mama, the Guard will try to get in between them and knock the fly carrier away to prevent the goal.

Your browser will ask you whether to Open the download, or Save it to disk. Choose SAVE FILE, and put it wherever you want. If you are just trying out the game, you can put it on your Windows desktop, but it will work anywhere.

Right-click the file 2fr0g-windows-0.1.zip and choose EXTRACT or UNZIP (this may vary depending on your version of Windows.) If it asks for a destination folder, choose the same folder you used before.

Extract the app from the .DMG archive, and open the app. You may see a message about 2fr0g being from an "Unidentified Developer". Select "Open" again, and your preference will be saved. (You may wish to read Apple's notes on configuring Gatekeeper).

To read the copyright information, right-click to open the app's context menu, and choose "Show Package Contents." (Or, use the Finder's "Go To Folder" function by pressing Command-Shift-G, and open the app.) Inside the subfolder "Contents" you will find the text file COPYING and the Licenses subfolder.

You will need a to have installed the SDL 1.2, SDL-TTF, SDL-IMAGE, SDL-MIXER, and SDL-GFX libraries. Extract the files from the archive; the binary is called 2fr0g.bin. 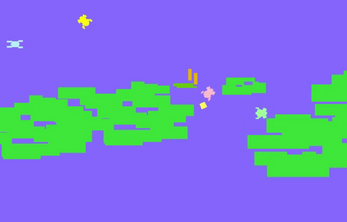 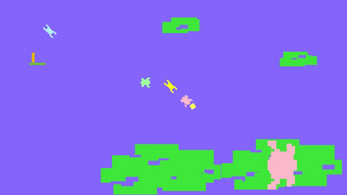 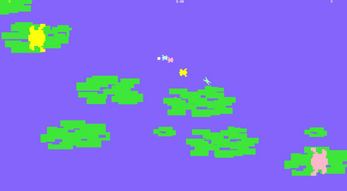